Silambarasan’s much anticipated film ‘Maanaadu’ has finally hit the theatres after many last-minute hiccups. While the fans were eagerly waiting for the film’s release they were left in shock after the producer announced that the film’s release is pushed due to various reasons.

After few hours the issues were sorted and the film was cleared for release. Director Venkat Prabhu took to his Twitter to share the happy news with a new release poster of Maanadu reading that the film is having a grand theatrical release tomorrow as planned. Silambarasan has retweeted the same. Reports state that the show will kickstart all over the state from 5 AM. 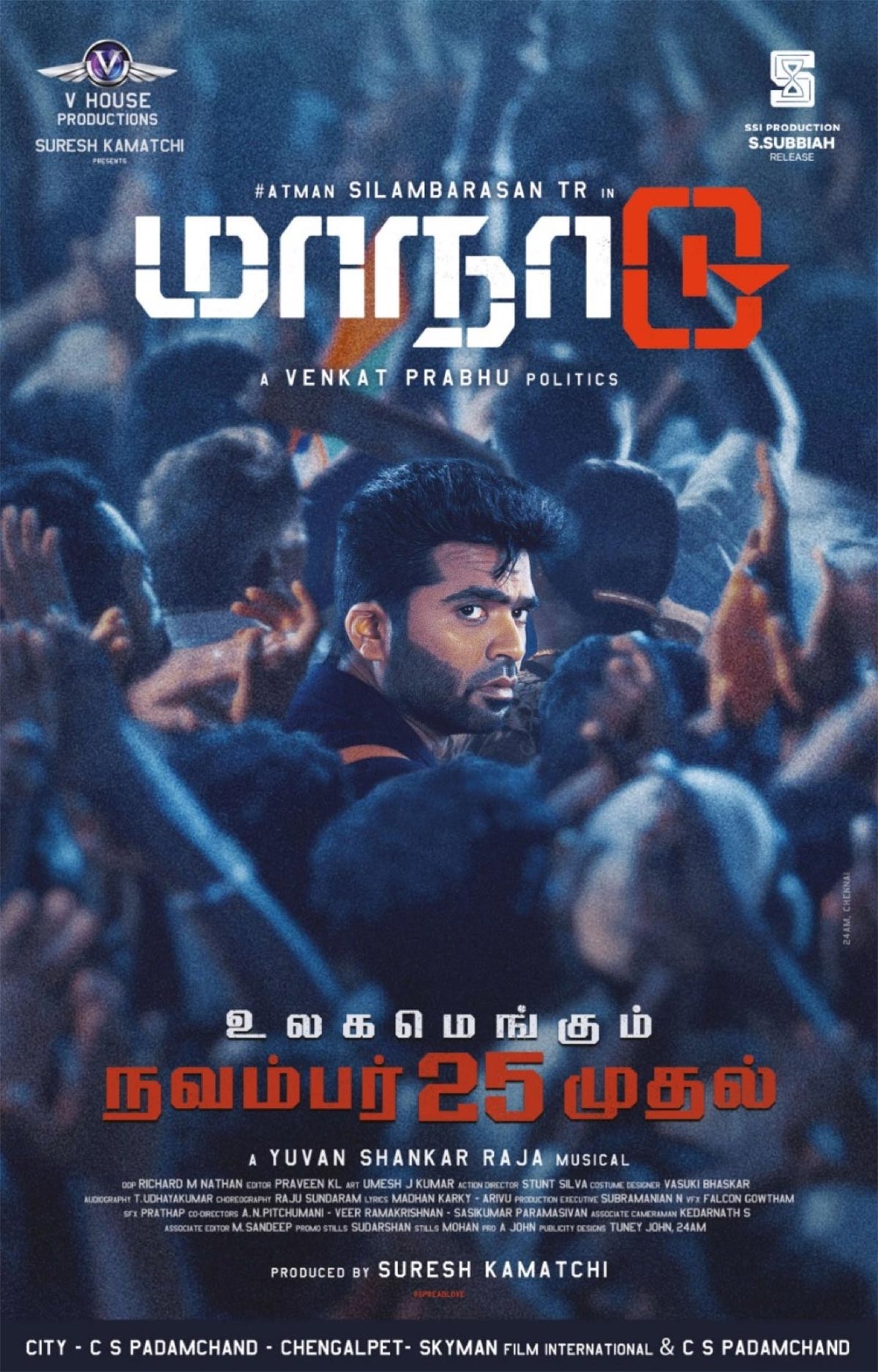 While the fans were eagerly waiting for the early morning FDFS at 5 AM, the shows were unfortunately cancelled, due to the KDM not arriving on time. The early morning shows that were supposed to happen at Kasi, Mayajaal, Rakki, Kolathur Ganga, GK Cinemas, Vettri theatres were cancelled. The fans were disappointed but were soon relieved as the first show of the film finally happened at 8.30 in the morning.

Touted to be a time-loop thriller movie, Maanaadu is getting positive reviews from fans and critiques. The film stars Kalyani Priyadarshan playing the leading lady with SJ Suryah, Bharathiraja, SA Chandrasekhar, Premgi Amaren, Manoj, and others in important roles. Yuvan Shankar Raja is scoring the music, and the film is bankrolled by Suresh Kamatchi’s V House Productions

Before Leaving For Katrina Kaif-Vicky Kaushal’s Wedding, Neha Dhupia And Angad Bedi Partied Like This

Before Leaving For Katrina Kaif-Vicky Kaushal’s Wedding, Neha Dhupia And Angad Bedi Partied Like This